The way we work and do business is changing. Even as you prepare for another day in the office tomorrow, millions of people around the world are throwing off the shackles of conventional employment and enjoying the freedom that comes from “gigging.” But just what is the gig economy? What does it mean for you?

And how can you get involved? The term “gig economy” refers to recent changes in the jobs market, where more and more people are now working on a “per gig basis.” That means there is often no contract between the individual and the company/agency/client, such that either party can cease working with the other at any time.

Today, several high-profile companies use this model, bringing the topic into the spotlight. Examples are Deliveroo and Uber. Uber allows drivers to make money by accepting passengers through an app and getting paid for every journey. They are under no obligation to accept passengers however, meaning they can work the precise hours they want to. This provides freedom for employees, while giving consumers access to faster services and lower prices.

While these businesses are well-known, there is also another facet to the gig economy that is less talked about: working online. As we will see, this takes everything good about working in the gig economy, while setting aside what doesn’t work so well.

Working online vs working for companies

Working for companies like Deliveroo can be notoriously stressful. In the worst-case scenario, you may find yourself tied to a single company with no work trickling in. Workers don’t receive much free training, and they’re forced to take the brunt of work that’s cancelled at the last minute. Of course, there is no sick pay or insurance, and exclusivity clauses even ban workers from accepting work from other companies. When you want to refuse riders on Uber, you are forced to lock yourself out of the app for several minutes at a time.

Despite all this, the companies make a lot of money from commissions.

This has been likened to a zero-hours contract, and has resulted in criticism from the press and even the EU. In a statement, the EU was careful to differentiate between these kinds of workers and “genuinely self-employed people.”

However, the gig economy is a term that also describes those “genuine self-employed people.” More and more people are now working for themselves with no “middle man,” finding short-term gigs that they can complete in a given timeframe before moving onto the next task. Working this way still incurs some risk: you still don’t get insurance or sick pay, for instance. However, it also means that you will be free to take on as many jobs as you want, from whoever you want. There will be no commission for anyone else, and your working day can be as varied and interesting as you want it to be.

So, what is the gig economy? Simply, it is freelancing on a per-gig basis, rather than tying yourself to a single employer. Very often, this means working online.

Why the internet makes the gig economy inevitable

And make no mistake, this is very much the future of work. The marriage of the gig economy and the internet is what really makes this growing trend inevitable.

From the perspective of the employer, it simply makes much more sense to hire freelancers online. This way, the employer doesn’t need to spend lots of money on desk space, on training, or on insurance. Likewise, they don’t need to hire an in-house professional for projects that will likely be finished within weeks. What’s more, the gig economy gives employers access to the very best and brightest from around the world. Why restrict yourself to a limited pool of local talent, when you could find a superstar in the industry with a CV seemingly perfect for the job in question?

[quotenew qtext=”The marriage of the gig economy and the internet is what really makes this growing trend inevitable.” qposition=”center” qcolor=”color3″]

How many machine learning specialists with experience in the health and fitness industry do you think you can find in a 10-mile radius?

All this translates to lower prices and better service for the customer or client, which is ultimately what will drive the market. We’ve seen how companies like Uber have managed to outmanoeuvre established taxi firms. The same thing will happen in publishing, health and fitness, law, media, and more.

For skilled workers, this shift in status quo likewise offers many opportunities, enticing more and more of us over to this new way of working.

No longer do you need to spend a huge amount of time and money commuting to work. You can now wake up at 8.50am to start your day ten minutes later. Or why not just start your day at 12pm? You can work from the comfort of your home, you can find job opportunities across the world, and you can often charge more because the business has fewer overheads and less commitment. In fact, you can often charge much more because you won’t be providing services through another business but rather going direct to the end client or customer. But surely there is still the issue of job stability?

Actually, in many ways working online in the gig economy can provide even greater stability than full-time employment. While being employed means you have a contract, working as a freelancer will often mean getting repeat business from the same few clients. The chances of a single company (your employer) going bust are much higher than multiple clients all going bust at the same time! You might find your income takes the occasional hit, but you won’t be putting all your eggs in one basket.

And there are ways to mitigate risk too: by working with long-term clients that are likely to want work on a regular basis for example, or by working as a contractor and taking on longer-term projects. You can mix and match so that you have a certain amount of stable income every month, and look for additional things on top of that.

The power of modern technologies

The question you might be wondering at this point is: why now? Why are we only just seeing the rise of the gig economy?

The answer likely has to do with technology. We’ve already seen that the internet makes working online on a freelance basis more possible than ever before. But more than that, it’s also specific technologies that facilitate this type of work.

For example, there are now many remote collaboration tools such as Asana and Basecamp for project management. You also have Skype for telecommunications, and Slack for casual conversation within teams. Github offers version control for software development, allowing huge teams to work on the same project remotely.

The growth of freelancing sites also helps to streamline the process in many cases. Internet connections have likewise gotten faster, making it feasible to send large video files. PayPal has arisen as the industry standard for sending payment (especially abroad), and mobile devices mean we are always connected. 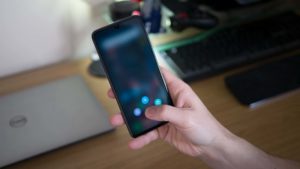 Even something like Uber – ostensibly a physical, location-based business – is only possible thanks to mobile tech. The same goes for Deliveroo.

In short, technology is increasingly untethering us from our desks and offices, allowing for more flexible, agile, and efficient work.

That’s the theory, but what is working in the gig economy like in practice?

I’ve been working online for the past 10 years, in fact I wrote the book on it! And for me, the experience has been nothing but positive. Primarily, I am a freelance writer and I divide my time between agency work and contracting. On top of that, I also earn money as an author, a webmaster, a YouTuber, and a programmer. For the most part, balancing stable work with more ambitious projects has proven highly stable. And I love the variety my work provides, and the sense of progress I feel daily.

When I was younger, working online as a freelancer gave me the freedom to visit friends, to work in beautiful locations, to travel, and to extend the student lifestyle for several more years after finishing University. Now that I’m a husband and a father, it has afforded me the luxury of spending more time with my family.

As I write this, I am sitting in a café adjacent to a “soft play area.” My wife and I just had lunch, and now my daughter Emmy is playing in the ball pit while I drink coffee and enjoy the coffee-shop vibes. We’ll be heading home via the aquarium, so Emmy can look at the fish.

Then I’ll be retiring to my office upstairs, where I’ll be listening to Synthwave and working on the couch. It’s a pretty great lifestyle. And I won’t let anyone tell me that this isn’t the future of work.

So why not become a pioneer, and join the gig economy? This site has everything you need to get started!