Kickstarter is a “crowdfunding platform” that has been used by many savvy entrepreneurs to generate cash and interest for projects and products that otherwise might never have seen the light of day. With a successful Kickstarter campaign, creators can generate huge buzz and funds for a concept even before the designs are finalized.

How does Kickstarter work?

When something is crowdfunded, it means the funding has been provided by members of the general public. Small companies can benefit hugely by learning how to crowdfund, as it drastically increases the scope of what they can ultimately create.

Rather than earning a stake in the business, these supporters (referred to as “backers”) instead provide funds purely based on the desire to see that product become reality. They will also usually receive backer rewards, such as freebies, discounted items, special editions, and early access to the product itself. Backers who put forward large amounts of money might even be invited to help make key decisions that determine the design of the final product. In many cases, this works like a preorder. The difference is that the product is only hypothetical when the campaign is announced, and the creator only needs to fulfill preorders and bonuses if their funding goal is reached.

While many companies and individuals will bend the rules and simply use Kickstarter as a way to generate extra cash, the idea is that they should be asking for the amount of money they need to see the project through to completion. For a company creating a new electronic product, many expenses might need to be covered, for example:

In other cases, an individual app developer or small development team might use Kickstarter funds to increase their production values – paying for better music, designers, or tools. A successful Kickstarter campaign can greatly elevate the scale and ambition of a project.

The other advantage of using Kickstarter is that it allows you to generate buzz and hype, and create an active and engaged community around whatever you intend to launch. In the games industry, in particular, this is an extremely important point – as standing out in a hugely saturated market is often the hardest part. 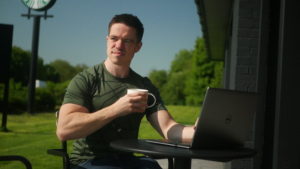 Finally, a successful Kickstarter can help a creator to “verify” a market. This means that they prove there is an audience out there for what they want to sell before they invest a huge amount of time, effort, and money into an idea that no one is interested in.

How to crowdfund and win

Of course, none of these benefits are worth squat if no one finds or backs your project though! So how do you go about turning your project into a huge success? Understanding how Kickstarter works can make a huge difference to your fortunes, so keep reading.

Note: these tips also work for other crowdfunding sites, so consider this a general guide to how to crowdfund. But for that reason, this is also not a strict “how-to” covering precise steps you need to take to get things up and running. Let us know if that’s something you’d like to see in the future.

Have a great product that stands out

The first step to a successful Kickstarter campaign is to come up with an initial concept that stands out from the crowd. It’s not just about a product being good, but rather about it having an obvious value proposition and unique selling point (USP).

Think about the most successful games on Kickstarter. They tend to be sequels to nostalgic classics (like Shenmue 3 – which I could not be happier about), or things that have a unique angle and aesthetic (like Superhot). Ideally, you need something that will stand out and turn heads, and that needs no explanation. Try to sum up your offering in a single sentence that will instantly communicate what you’re all about and why people should care.

Although it wasn’t crowdfunded, the game RUINER had a great pitch like this: “Cyberpunk Hotline Miami.” This also works well because it refers to something that a lot of people already know about (Hotline Miami) but also explains what’s new and different (the cyberpunk aspect).

The most important aspect of your product page itself is arguably the video. This needs to demonstrate all the best qualities of your product and it should have high production values which will help to make you appear more professional and capable. Invest in a good camera and editing software, and if you don’t have the knack, hire someone that does!

What’s also important is to communicate your value proposition. Remember that elevator pitch? That should speak to a very specific type of audience and it should evoke some kind of emotional response in that viewer. Ask: how does your product make people’s lives better? What kind of person is interested in your product, and what kind of person do they want to become? 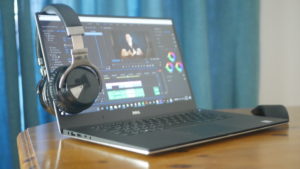 A good example is Gemini PDA, which was crowdfunded on Indiegogo. This is an Android phone with a clamshell design and a built-in keyboard. That would appeal to people who want to be able to work on the go, which is precisely who the video was pitched at. The video perhaps lacked polish, but it understood that the target market was made up of young professionals who want to work on the move and feel smart doing it.

It is normal to incentivize backers by offering rewards for different levels of funding. It’s important to ensure that these incentives are exciting enough to be worth the money; whether that means offering discounted products, bonus packs, or credit somewhere in/on the product itself.

Again, the key is to think about the emotional impact of your incentives. Receiving the product early/at a discounted price works well, but there is only so much you can make per-backer from this strategy. On the other hand, people love acknowledgment and feeling a part of something bigger than themselves. They also love exclusivity! That’s why placing a credit somewhere in the final product, providing a “backers’ special” edition of whatever you’re selling, or sending exclusive rewards can be a lot more effective.

Build trust and have proof

To have a successful Kickstarter campaign, you need your backers to trust that you can see the product through to completion. Choosing a product that is in an industry/niche that you understand can help out a lot here, as can getting assistance from experts in the field.

Also important is to create a working prototype for your product. This will allow you to demonstrate the concept tangibly, while at the same time ensuring that the concept is viable! You can use 3D printing and other methods to make this a reality with minimal expense. Kickstarter now makes it a requirement that you have some kind of demonstration of your intended end-product.

As with comedy, timing is everything in the world of crowdfunding. Make sure you time the actual launch of the product well but also think carefully about how long the campaign should run for and when it is going to end. Running a Kickstarter campaign too long can be a big mistake as people can hold off backing – believing they “have aged.” That initial slow momentum can then end up hurting your progress. Likewise though, having a really short campaign can mean you don’t have time to properly promote the product. Knowing how to crowdfund then also means thinking about timing. Generally, the consensus is that 30 days is the optimum length for any campaign.

If your campaign is going to be successful at all, people need to know about it! That means you want the story to be picked up by the media, by influencers in your niche, etc.

How do you make this happen? If you followed the first step and created an inherently interesting product, then this will help a great deal. You can then send emails/InMail (LinkedIn’s messenger service) etc. to reach journalists and others who can cover your story. You can also submit a press release to press release sites. Just keep in mind that if a journalist is going to pick up your story, then it needs to be of interest to the readers of that site or magazine! 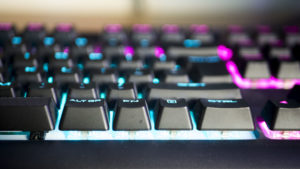 If you struggle to get big outlets to open your emails, then you can also try reaching out to content creators and influencers. A “micro-influencer” with 100,000 highly engaged followers might still be excited to be contacted by a start-up like yours, and could potentially drive a lot of interest in your product. Remember as well that once a few places start covering your story,

Best of all though is to spend time developing your audience and building trust and authority with them. If you have a blog, a YouTube channel, or even a

Prep and Pick Up

All this might sound like a lot of work, and a lot simpler to manage. That’s why I highly recommend a method that is recommended by Tim Ferriss for precisely this kind of situation, called “prep and pickup.” What this means, is that rather than launching your campaign and the struggling to quickly send emails, write press releases, and generally conduct all of your marketing activities in a short timeframe; you instead prepare all of those things and then send them once the campaign goes live. This way, everything is ready and there’s no risk of “life getting in the way” just as you need to start dedicating all your time to the campaign.

That’s how to start a Kickstarter that you can execute with pinpoint precision!

Of course, there will always be an element of luck when it comes to the momentum your campaign develops. Hopefully, though, this guide to how to crowdfund gives you some pointers that help you make the most of any future campaign. Get prepping, and best of luck!